The reselling of legally-purchased digital music (similar to the sale of used CDs or books) has been called into question by the District Court for the Southern District of New York’s recent Summary Judgment order in the case of Capital Records, LLC v. Redigi Inc., Case No. 12 Civ. 95 (S.D. NY 2013)(D.E. 109).

ReDigi provides an online marketplace whereby individuals may sell and purchase previously owed digital music that was lawfully-purchased via iTunes.   Capitol Records filed a complaint against ReDigi in January 2012, instigating a challenge to protections of the first sale doctrine – which gives owners of copies of products the ability to lawfully sell or lend a product, thereby allowing used bookstores, libraries and video rental stores to exist.  The Court ruled that ReDigi had infringed various copyrights owned by Capital Records by allowing its users to resell and purchase their lawfully-purchased digital music on its online marketplace.

The crux of the Court’s decision revolves around the copyright holder’s rights of reproduction under the Copyright Act.   The Copyright Act provides that a copyright owner has the exclusive right “to reproduce the copyrighted work in .  .  .  phonorecords.” 17 U.S.C. § 106(1).   Copyrighted works are defined to include, inter alia, “sound recordings,”   which are “works that result from the fixation of a series of musical, spoken or other sounds.”  Id. § 101.  These include phonorecords which are the “material objects in which sounds .  .  . are fixed by any method . . ..” Id. “Thus, the plain text of the Copyright Act makes clear that reproduction occurs when a copyrighted work is fixed in a new material object.”

The Court reasoned that when a user uploaded his or her lawfully-purchased digital music onto ReDigi’s servers, he or she implicitly violated Capital Records’ rights of reproduction and thereby infringed on its copyrights.  In other words, by uploading the digital music and imprinting it on a new material object the copyrighted work was reproduced on a new phonorecord, namely the hard drives on Redigi’s servers.   Accordingly, under the Court’s decision, the only way to resell your lawfully-purchased digital music without violating the Copyright Act would be to sell it along with the original phonorecord (i.e., the hard drive which was used when you originally downloaded it)!   Let’s see what happens when ReDigi eventually appeals this draconian decision.  Whatever happens, it should be interesting. 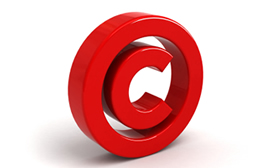